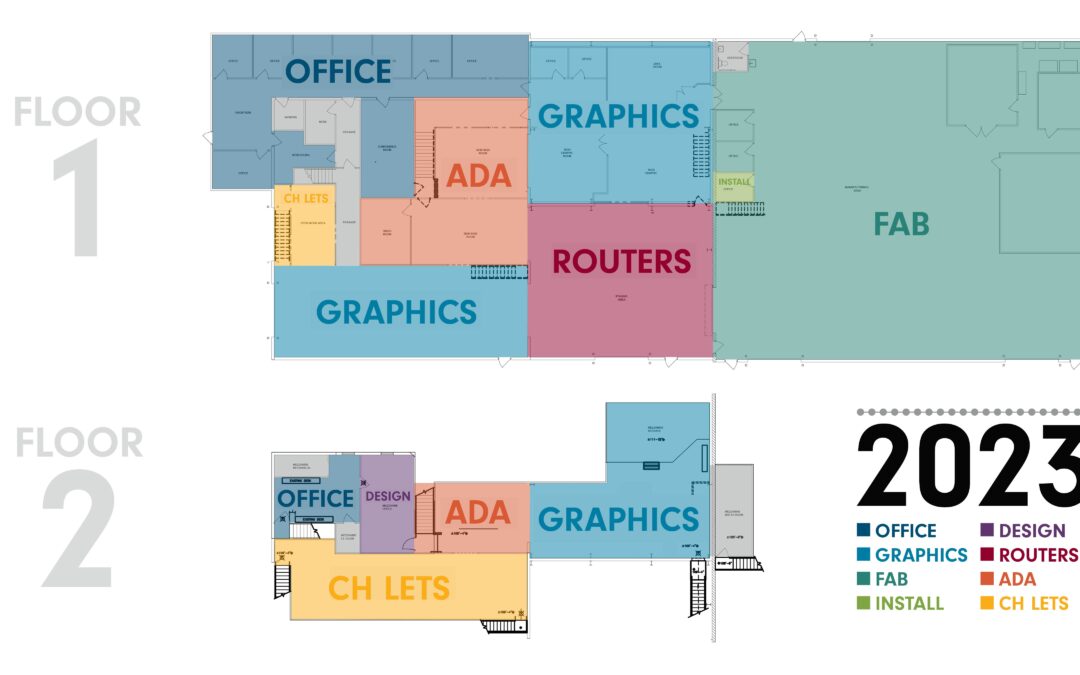 This July marks 20 years since Todd purchased Creative Sign, and the Sign Nerds are excited to celebrate 20 years of building growth.

One third of the building was the Vinyl Installation Bay, with two full rows for semi-trucks to pull through to get their vinyl graphics applied.  The second floor consisted of only some storage and our Neon Department. 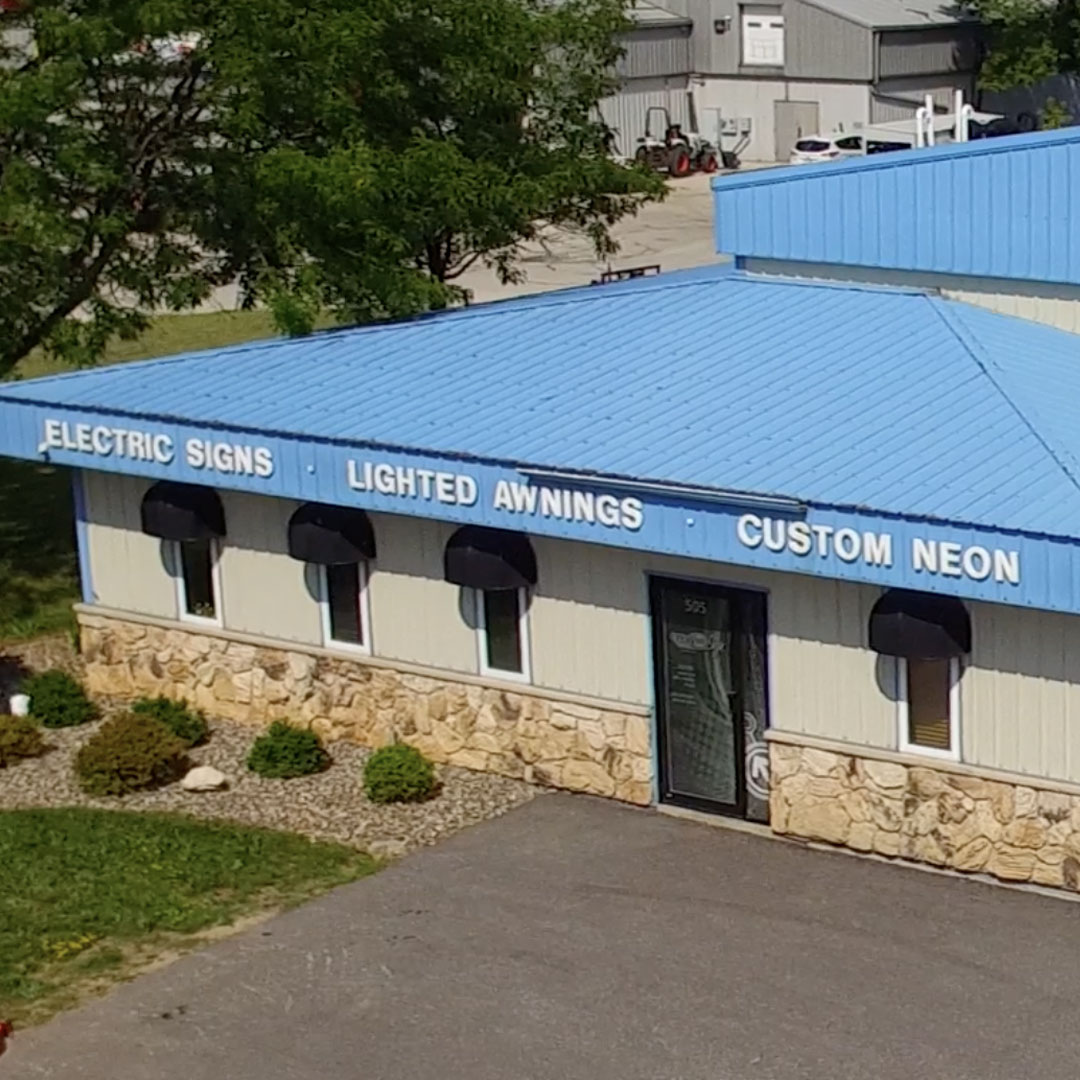 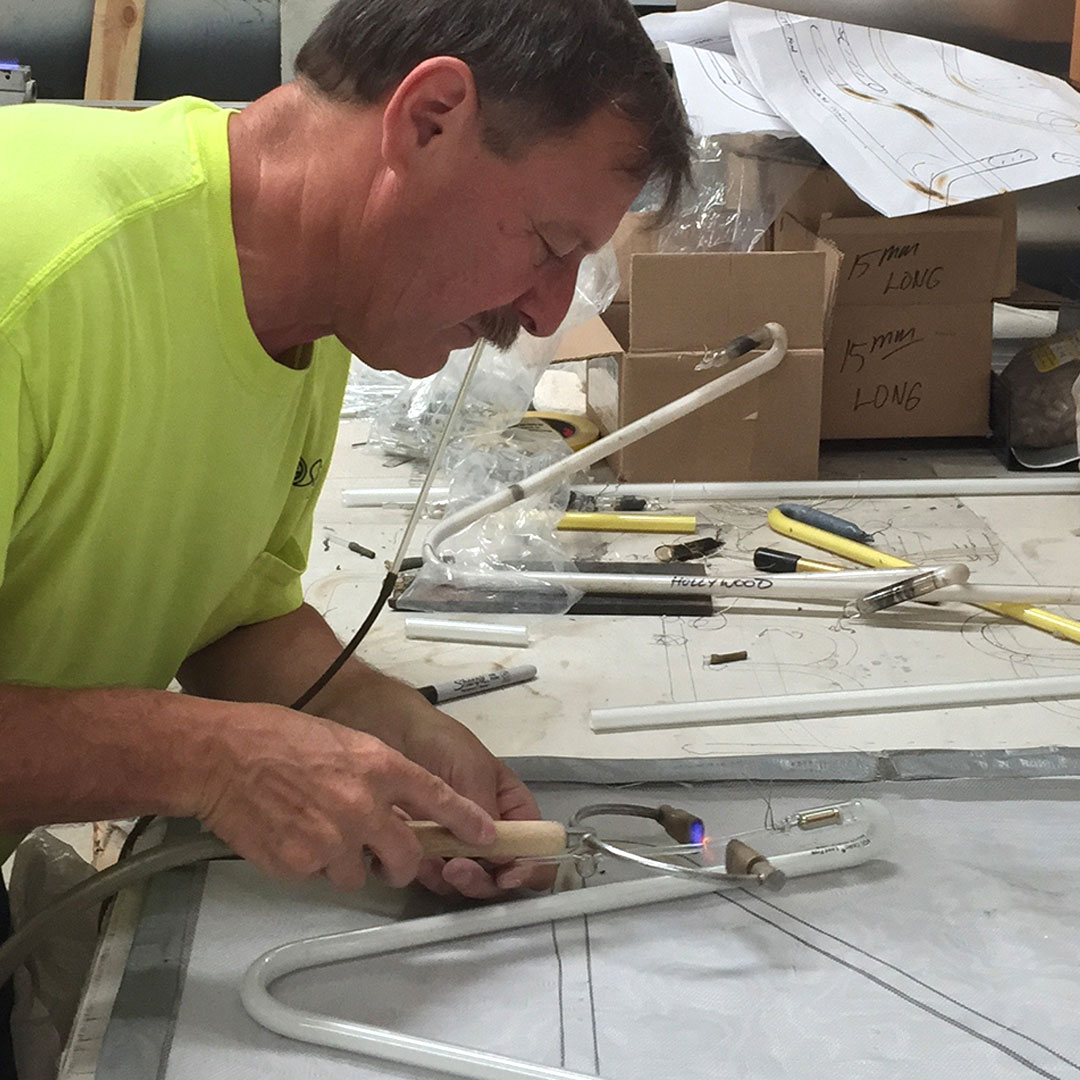 In 2010 we got our first router, which allowed us to route any shape with precision.  What a game-changer!  It’s hard to image making signs before this piece of equipment.

2012 brought a new department to Creative Sign.  We disposed of our outdated flatbed printer, investing instead in a new roll-to-roll printer with a much smaller footprint.  The space became the new ADA Department, making us one of the few sign shops in Wisconsin who could produce ADA compliant signs in house! 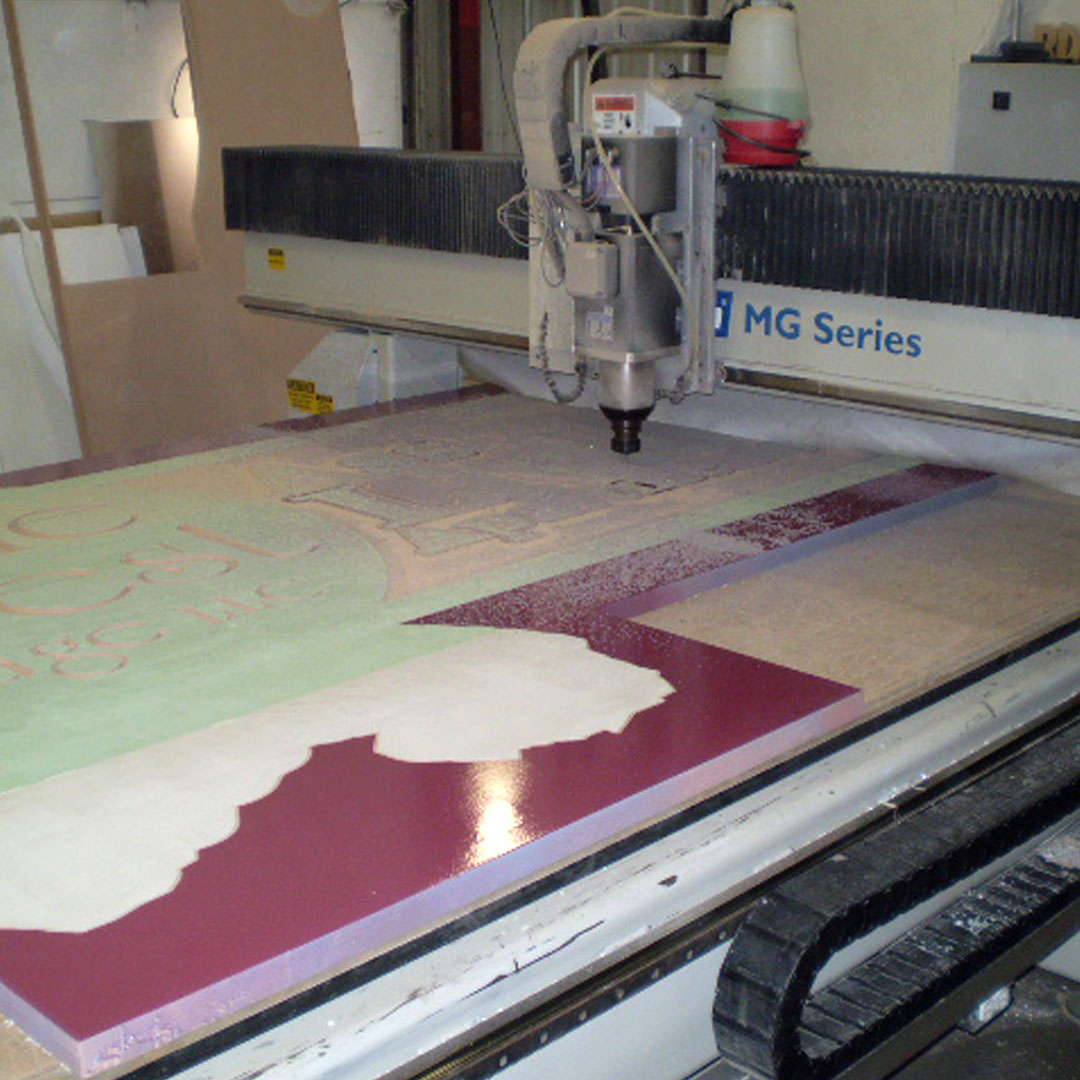 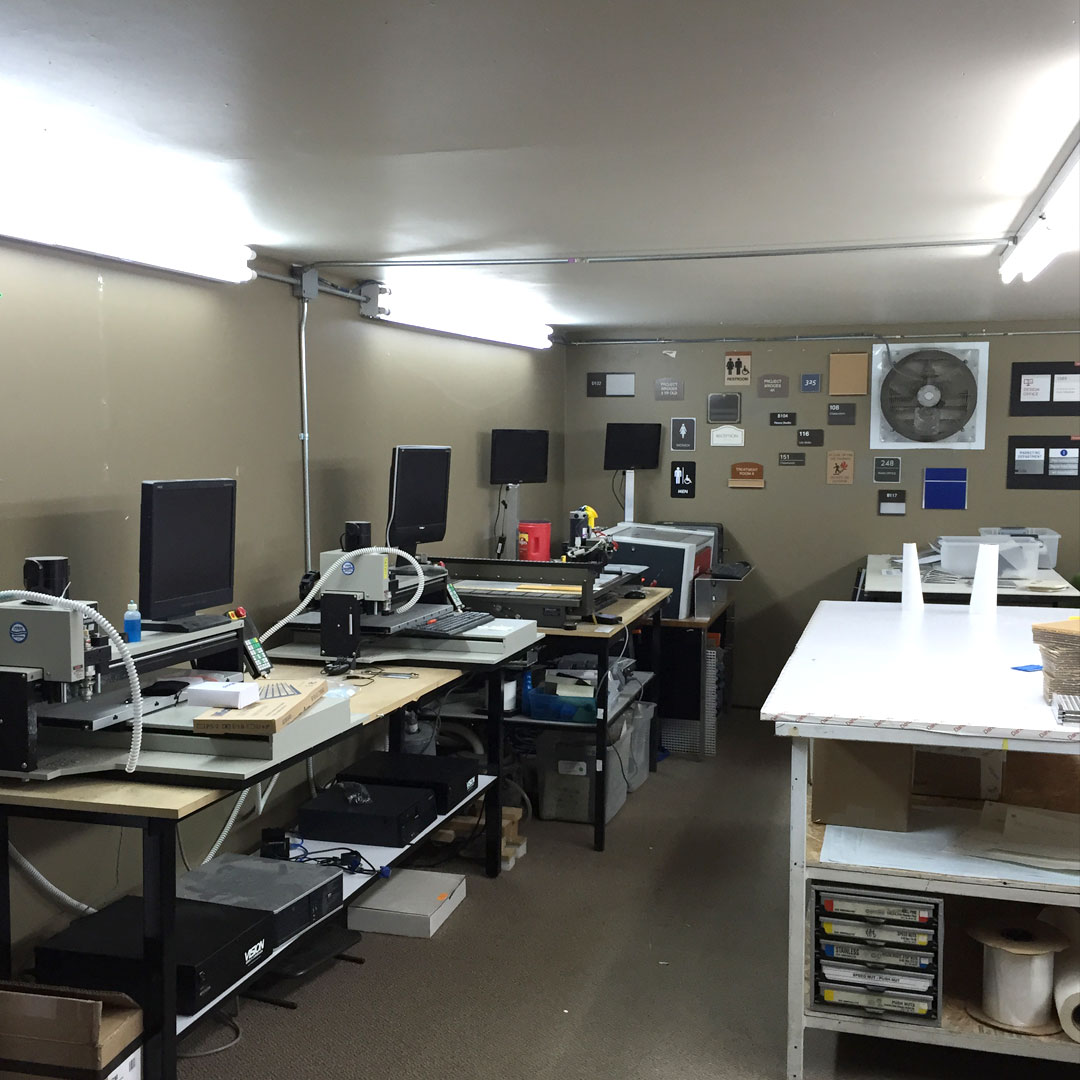 By 2015, we were bursting at the seams.  The rapidly-growing ADA Team was struggling to find space for their inventory of materials and increased amount of machinery.  A temporary bump out for ADA ate into the Vinyl Installation Bay space, as did the second paint booth and routers.  Todd knew we needed to increase the size of the building, and by 2016, the renovation to over 20,000 square feet was completed. 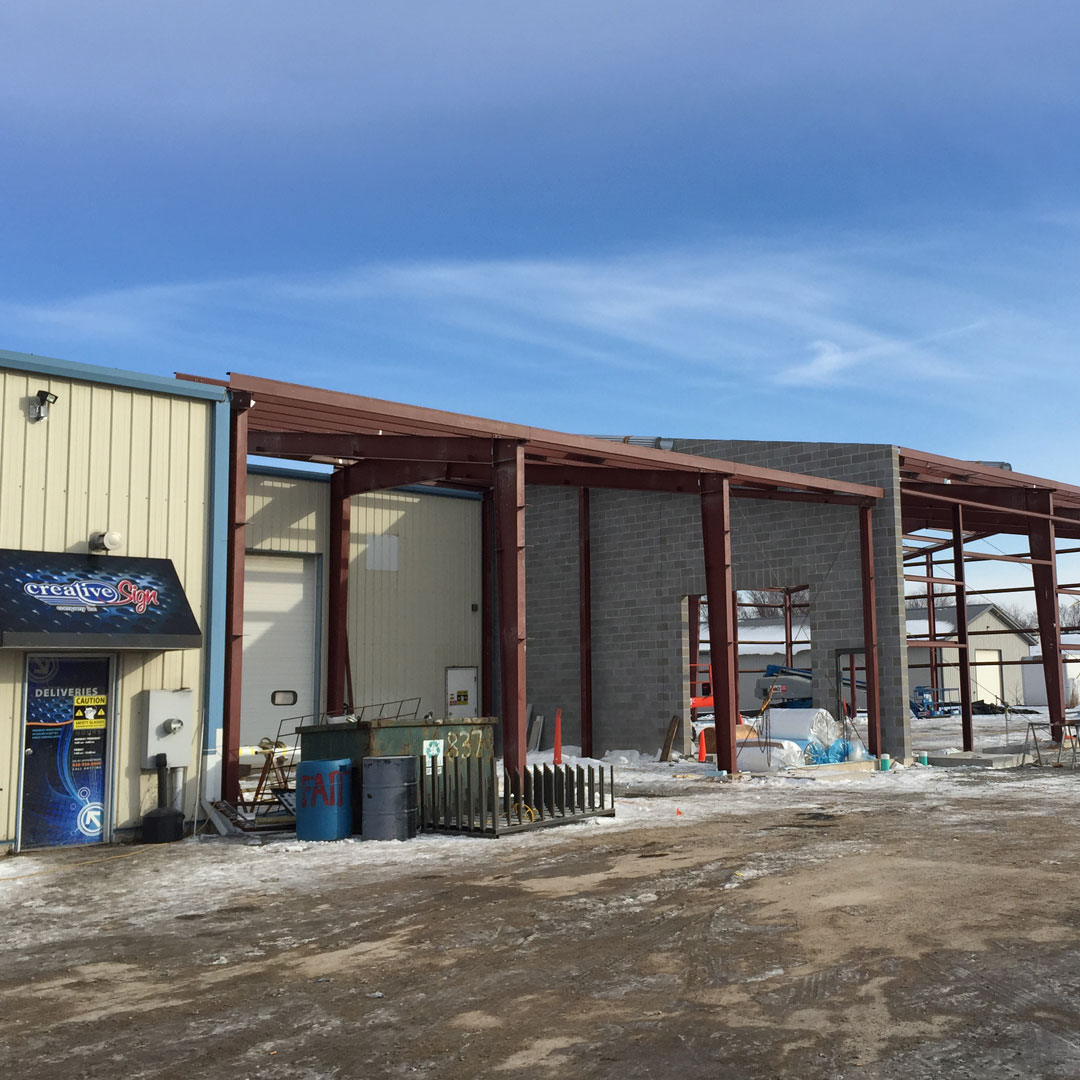 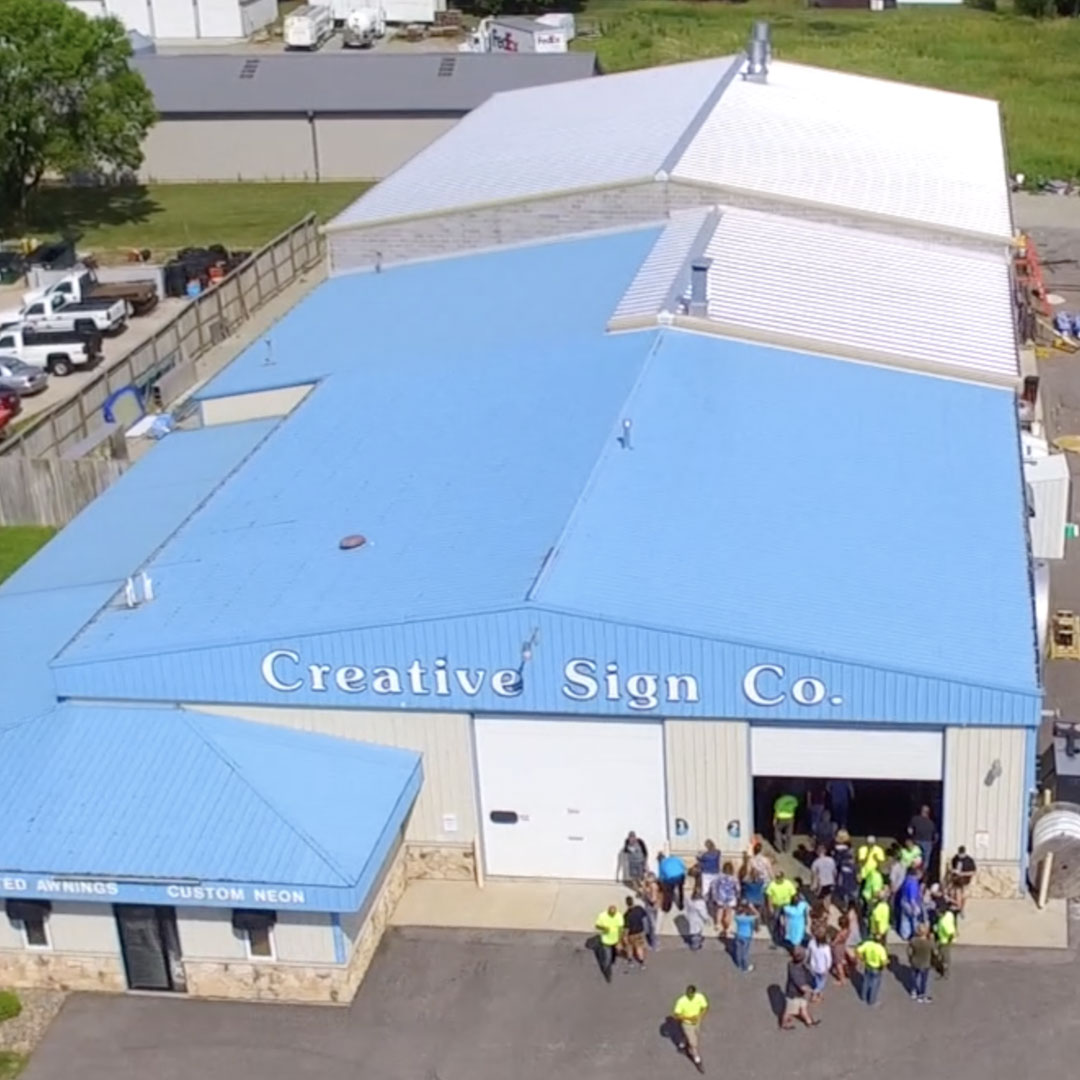 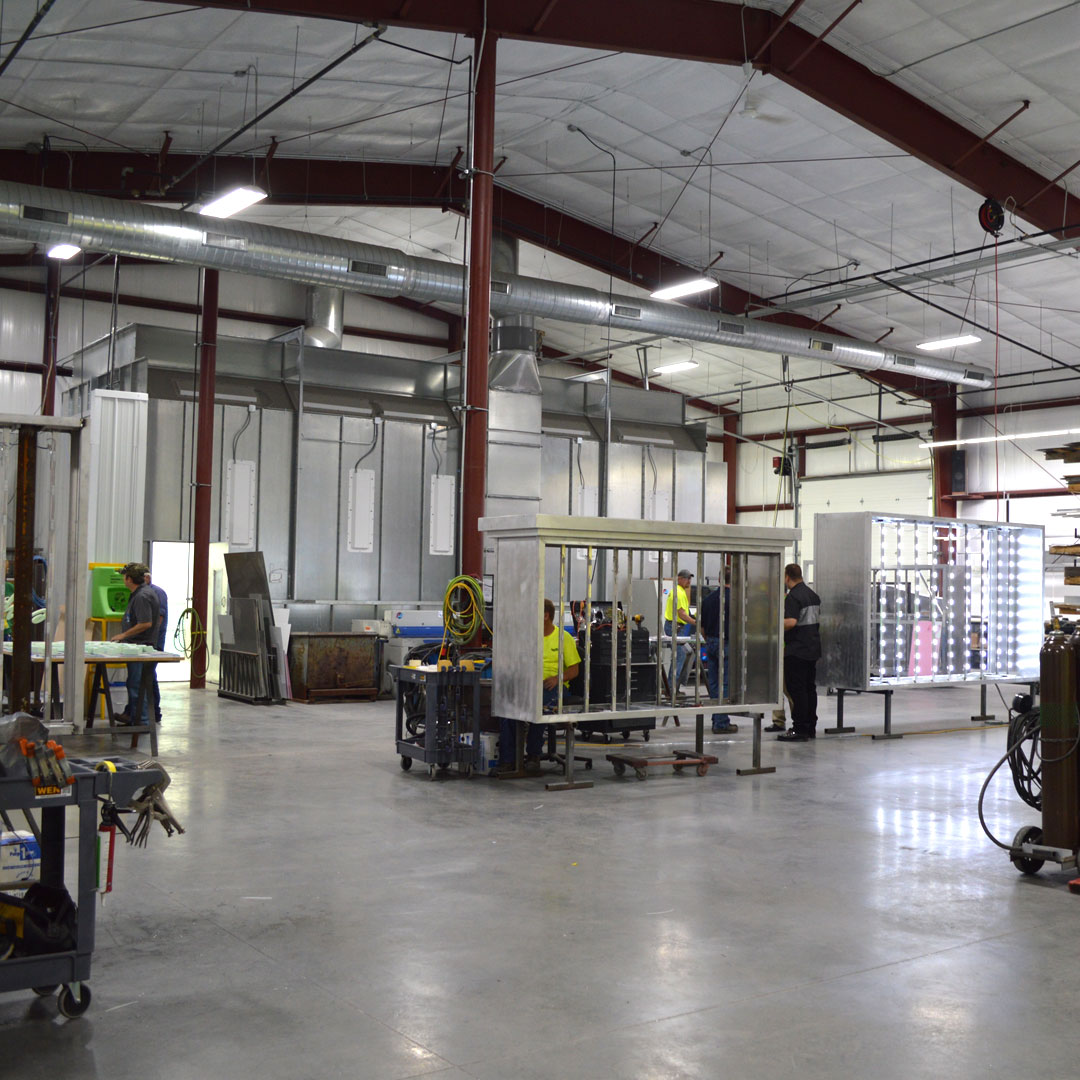 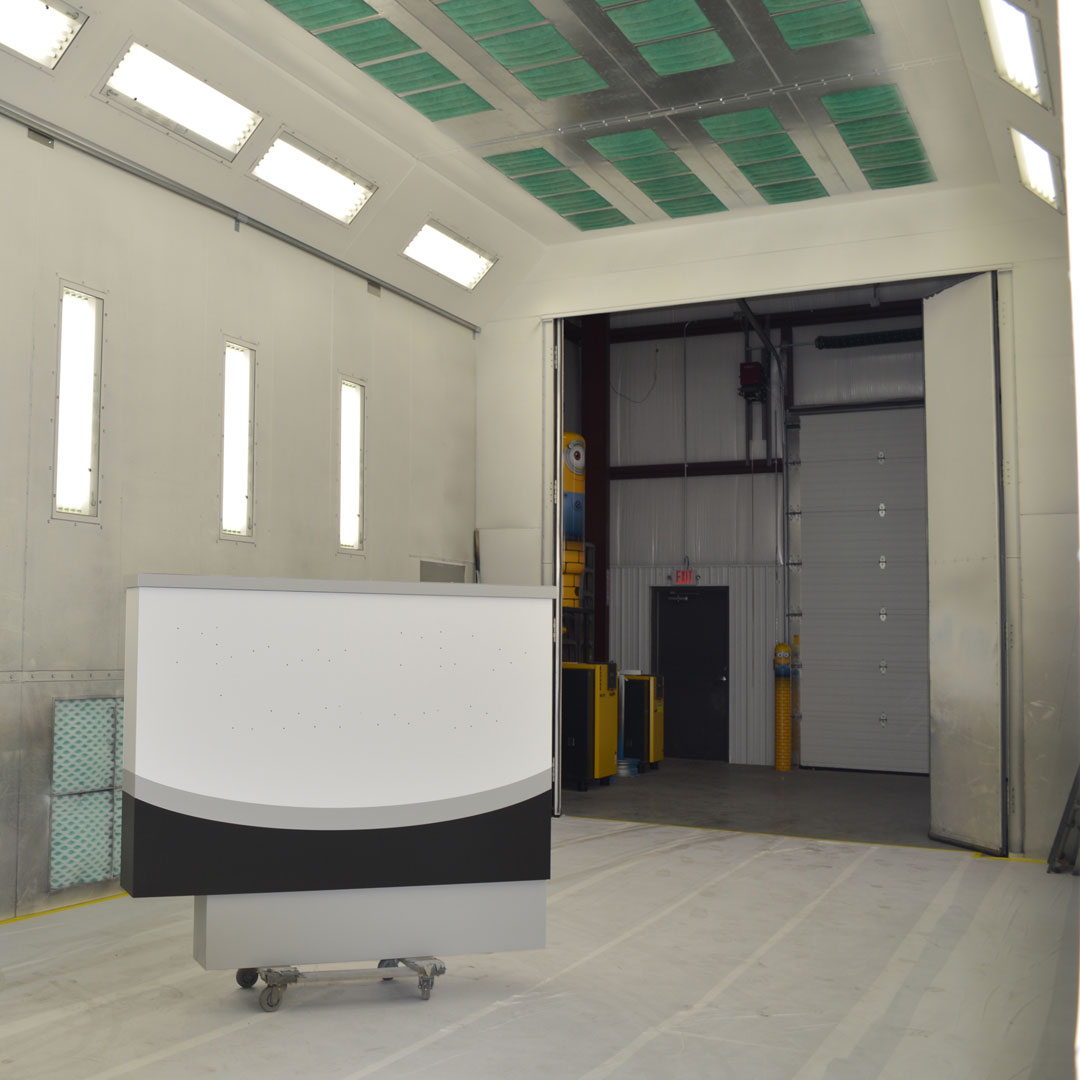 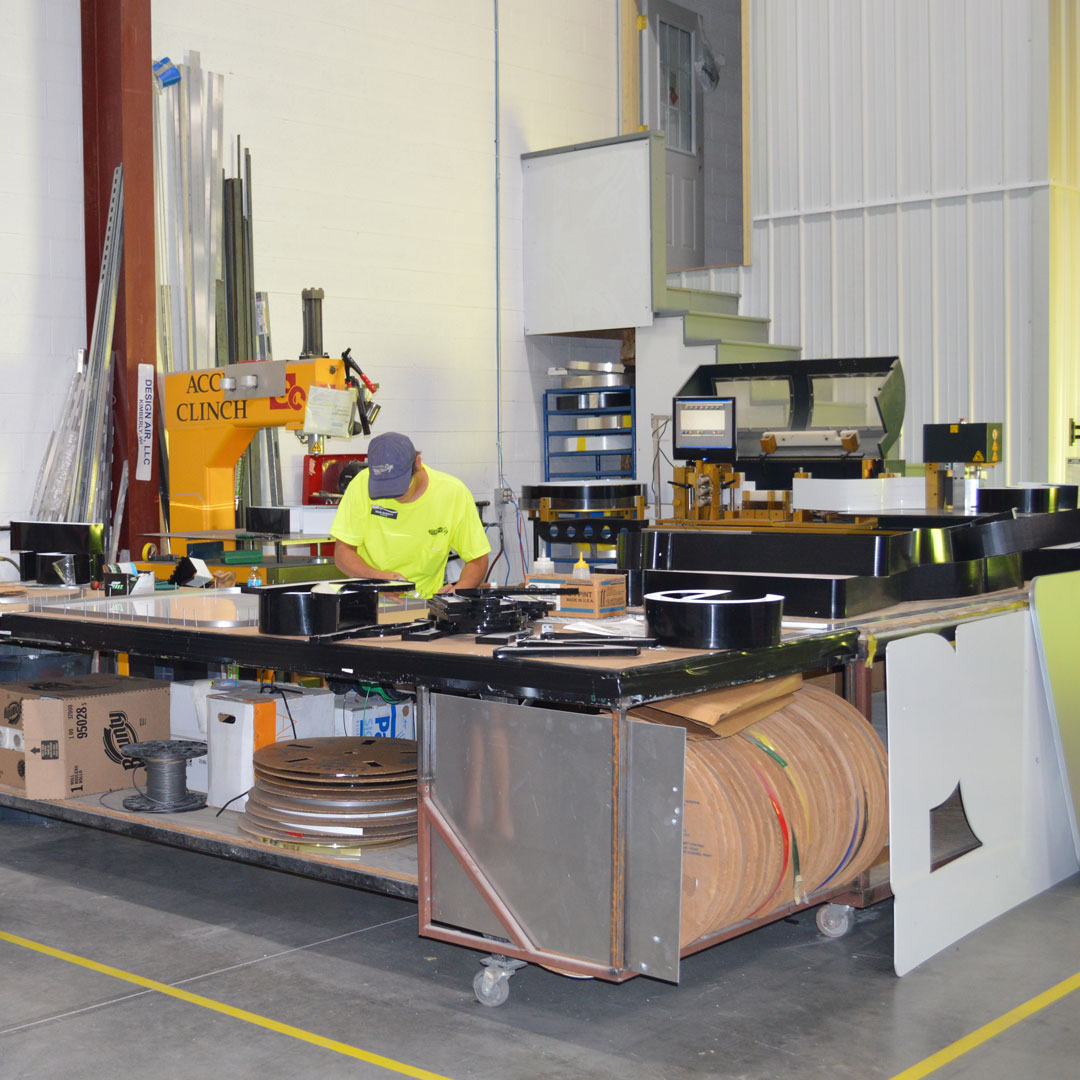 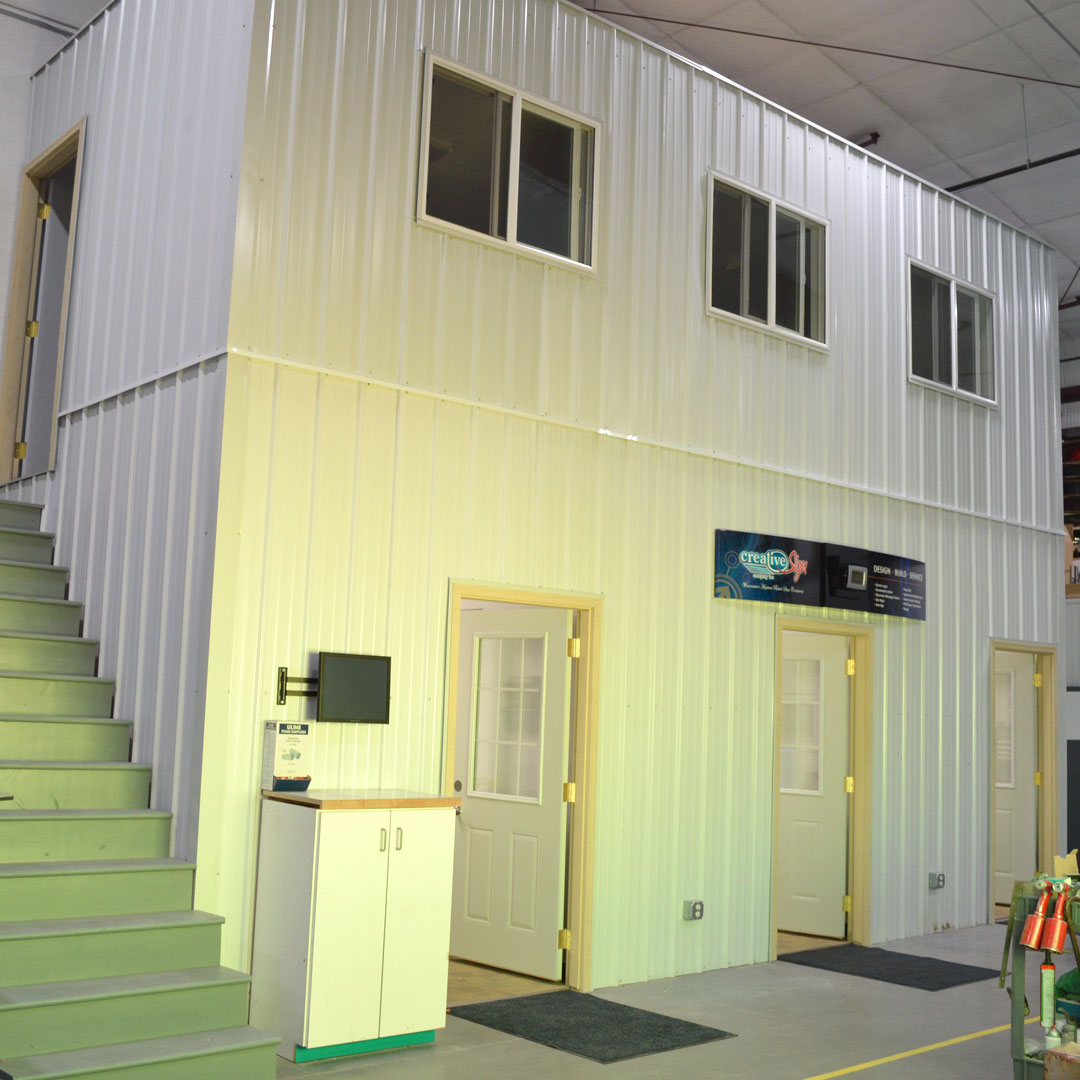 The Graphics Team took over the old Fabrication Shop, cleaning, painting, and installing new flooring and lighting.  It took a lot of elbow grease, but the wide-open, bright area with vaulted ceilings was now clean enough to print in and apply vinyl in.  Two offices were added to the area, which neighbored their brand-new Vinyl Application Bay. 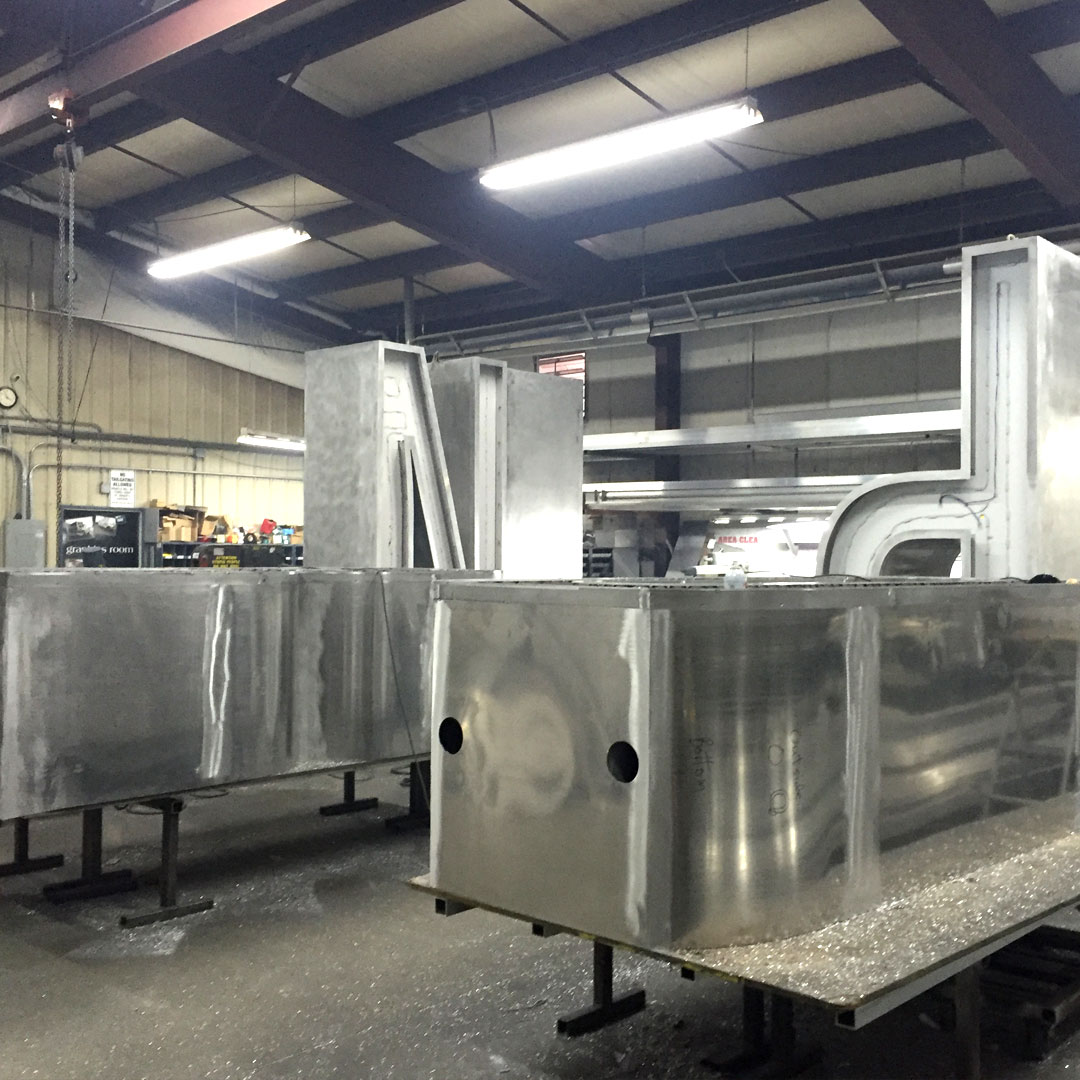 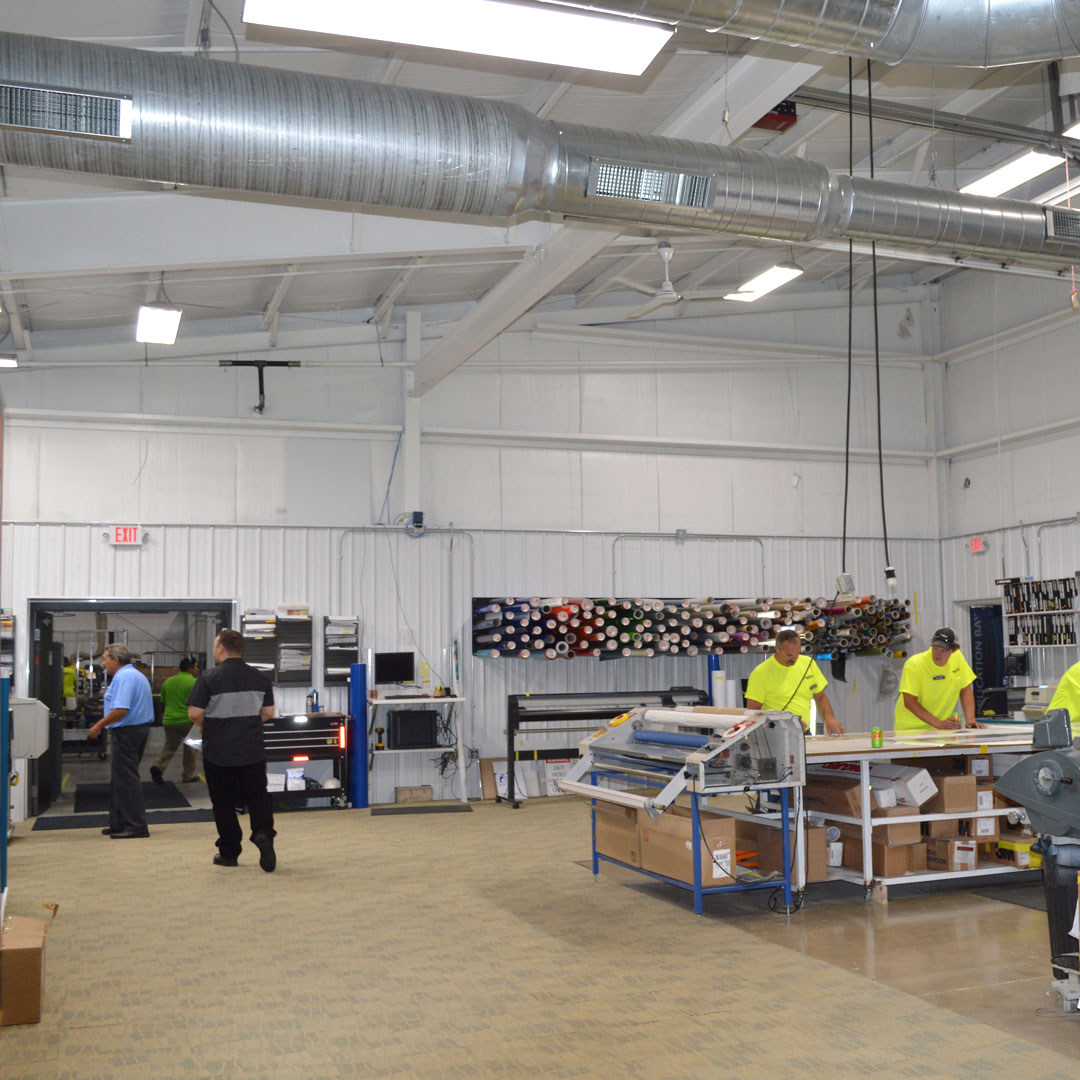 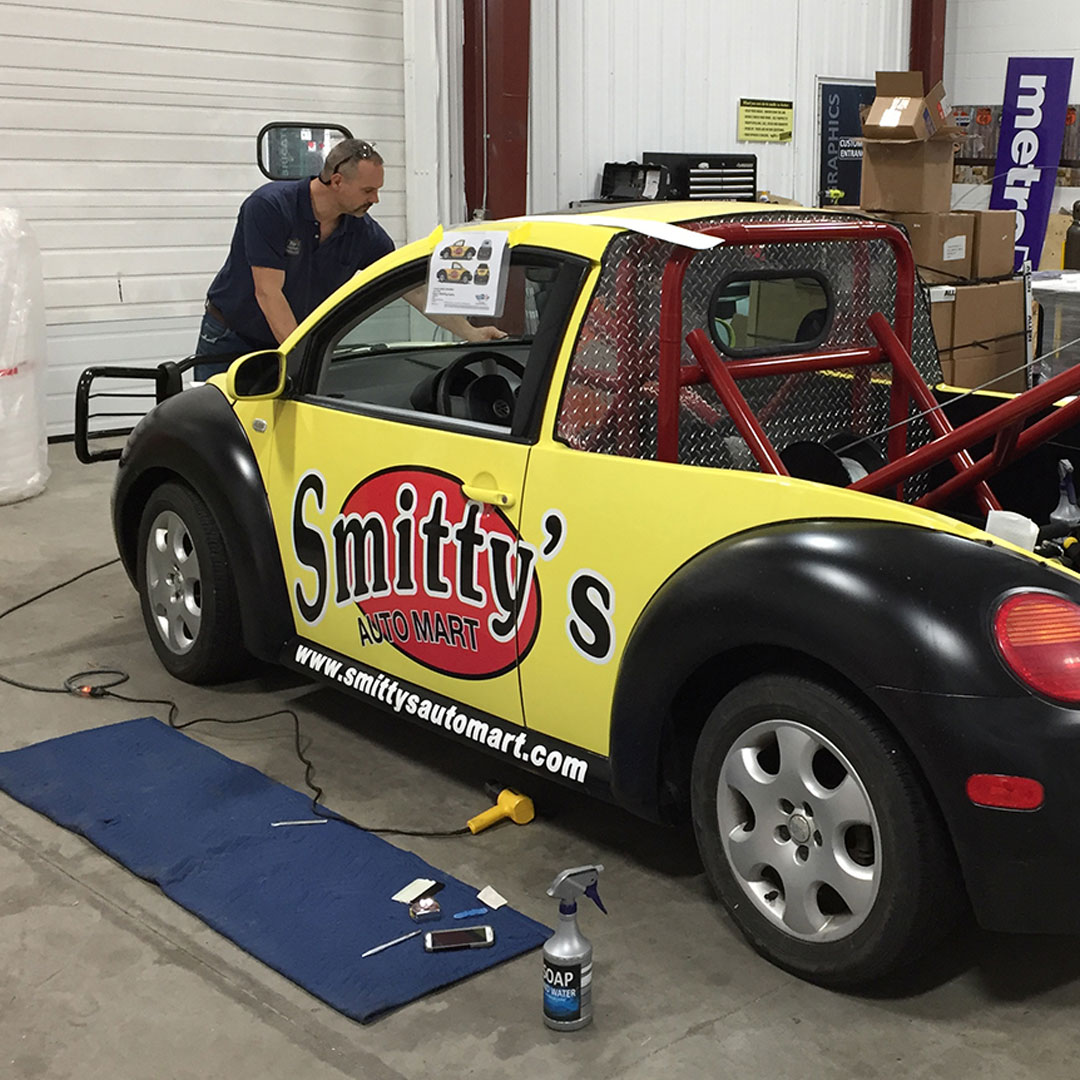 The ADA Team moved into the old Paint Shop and got an additional designated Photopolymer room, leaving the old ADA Department free to become a conference room. 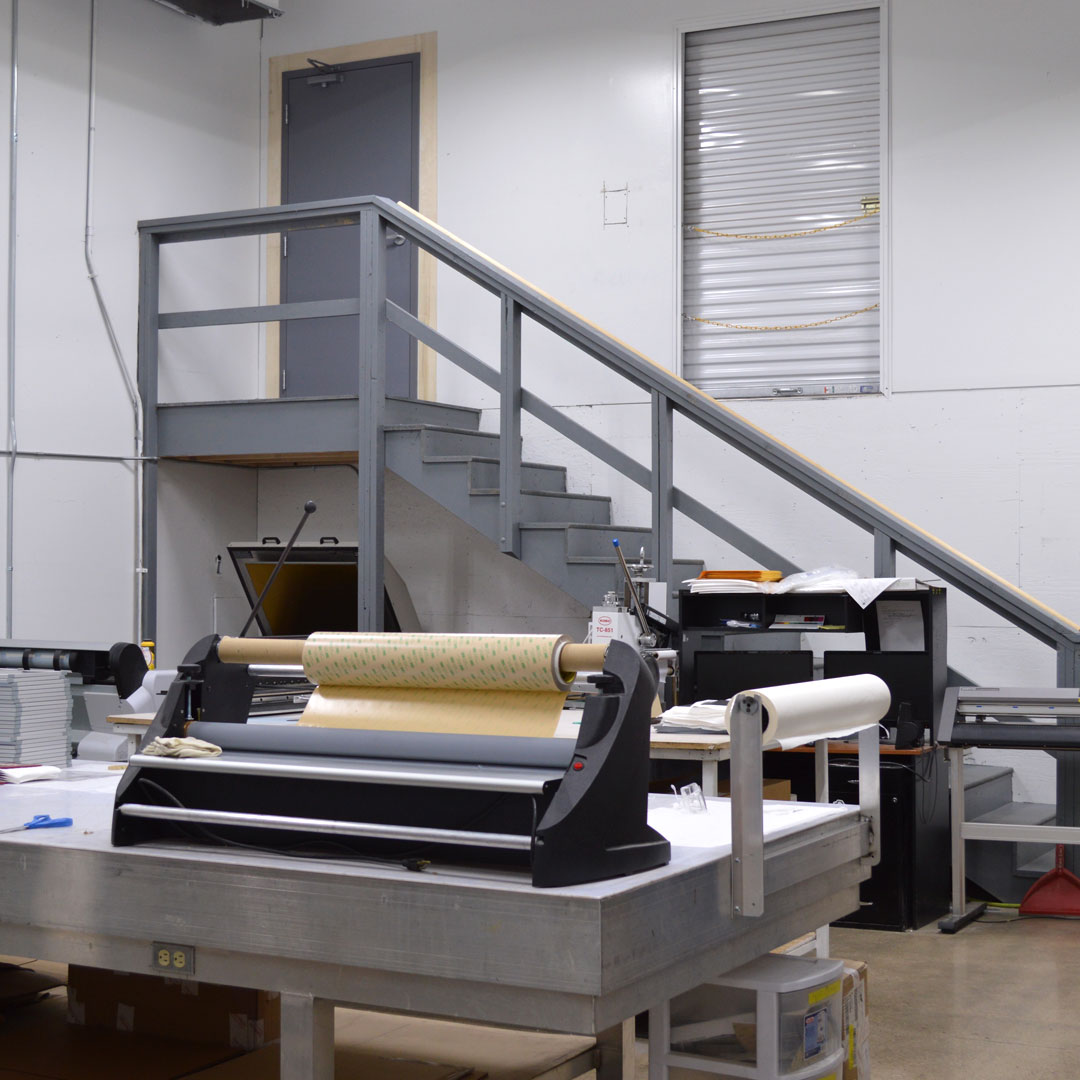 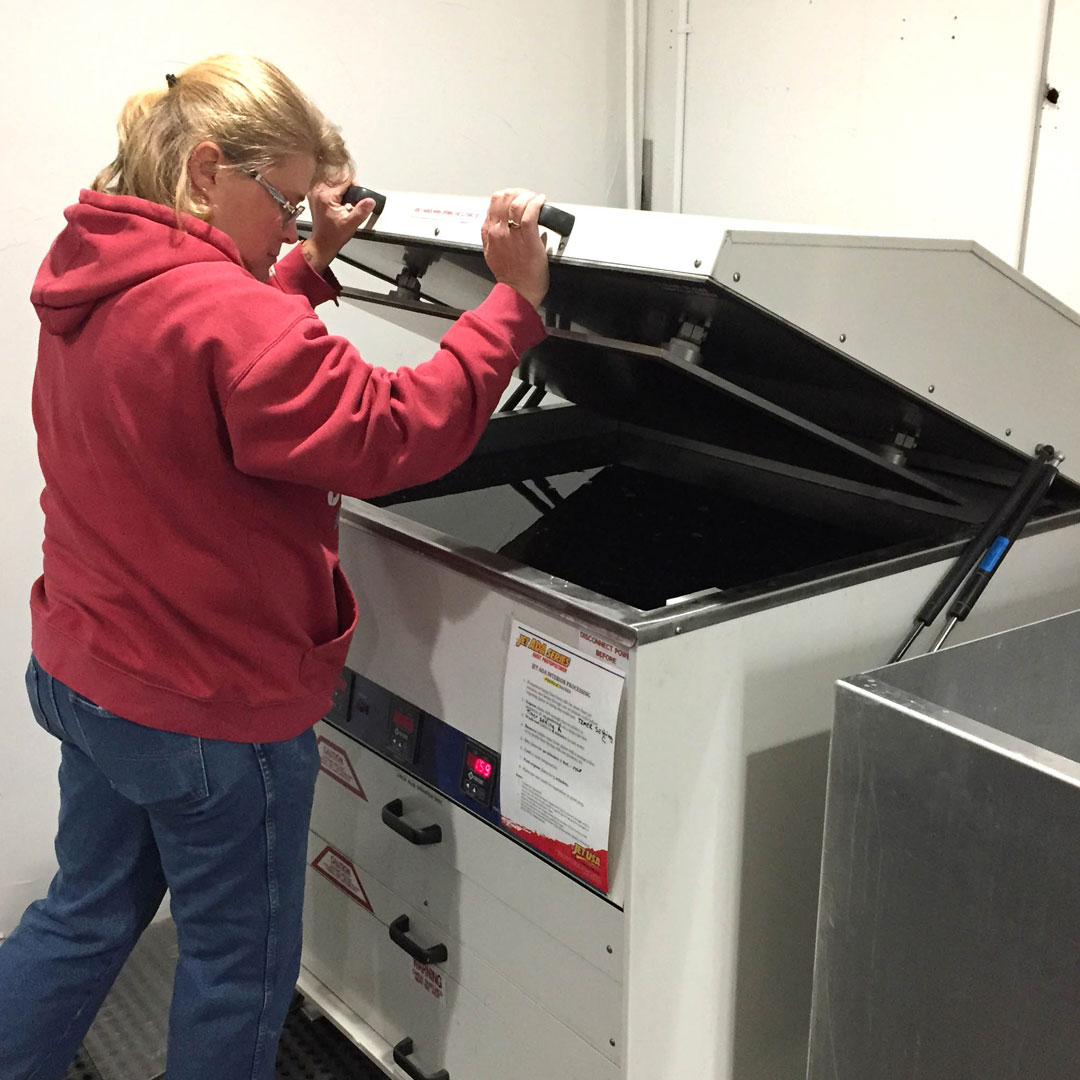 Offices and an enlarged Design Studio grew from the old Graphics Department, and the front office area got aesthetic upgrades, including a new front desk and signage.  The scheduling area and upstairs storage area became office space. 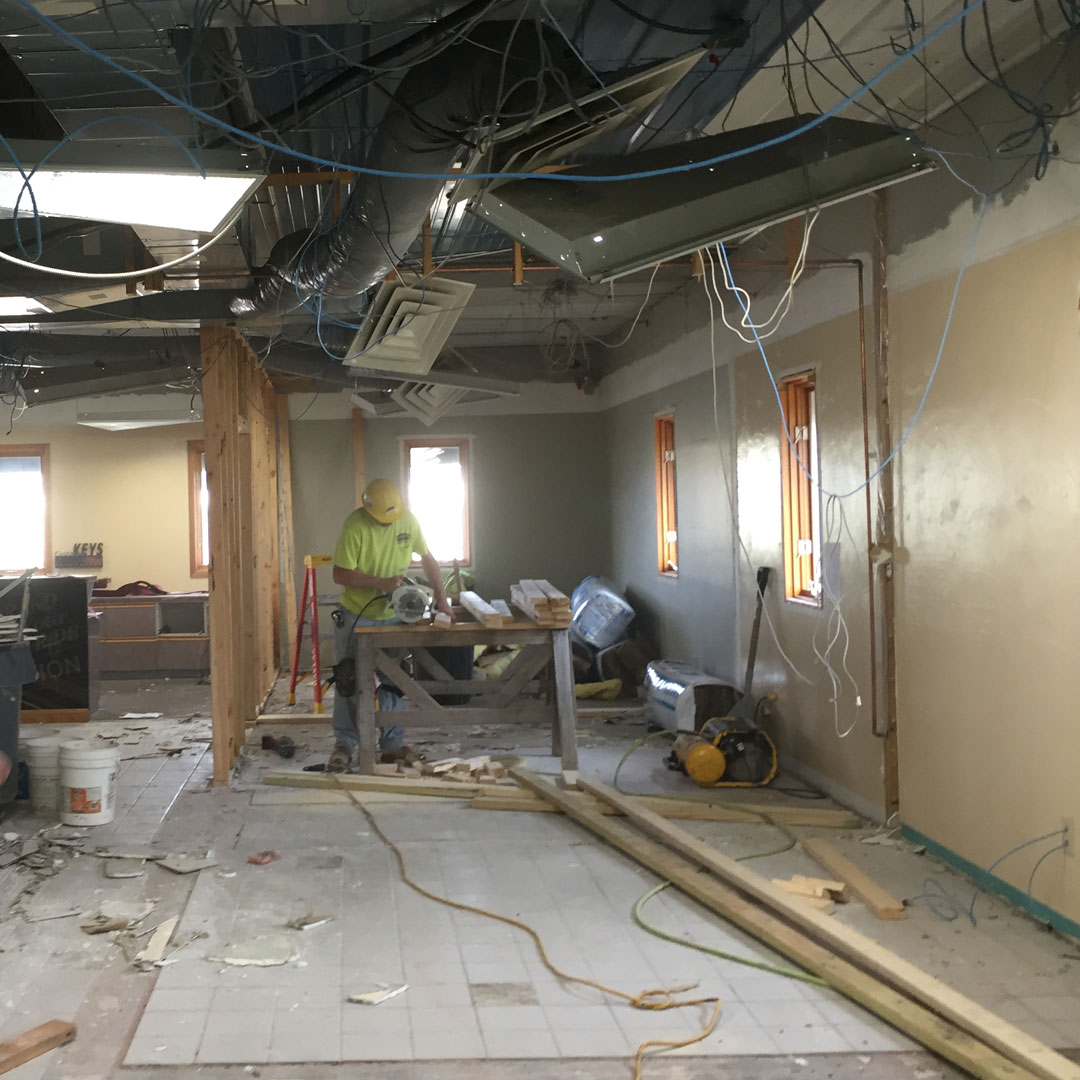 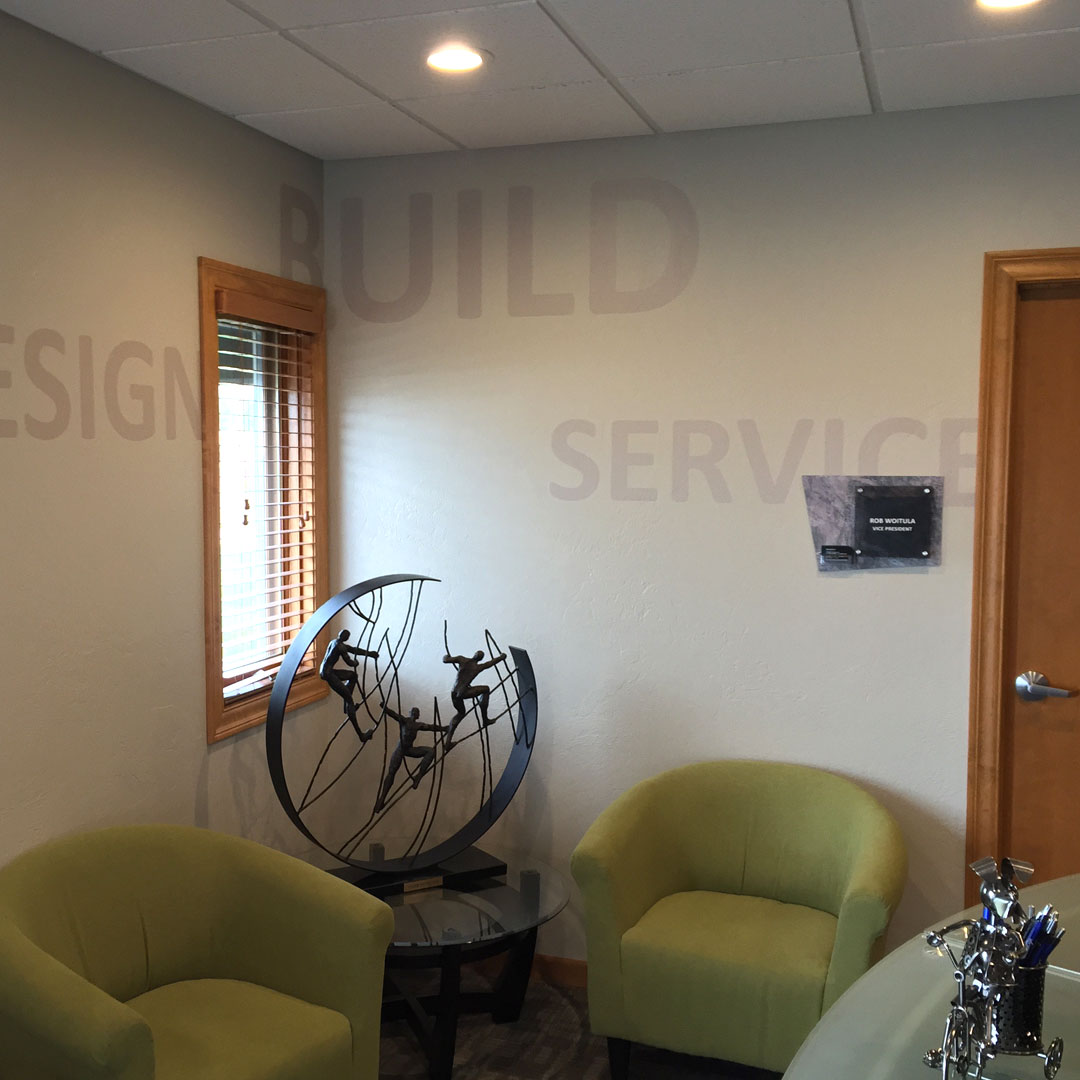 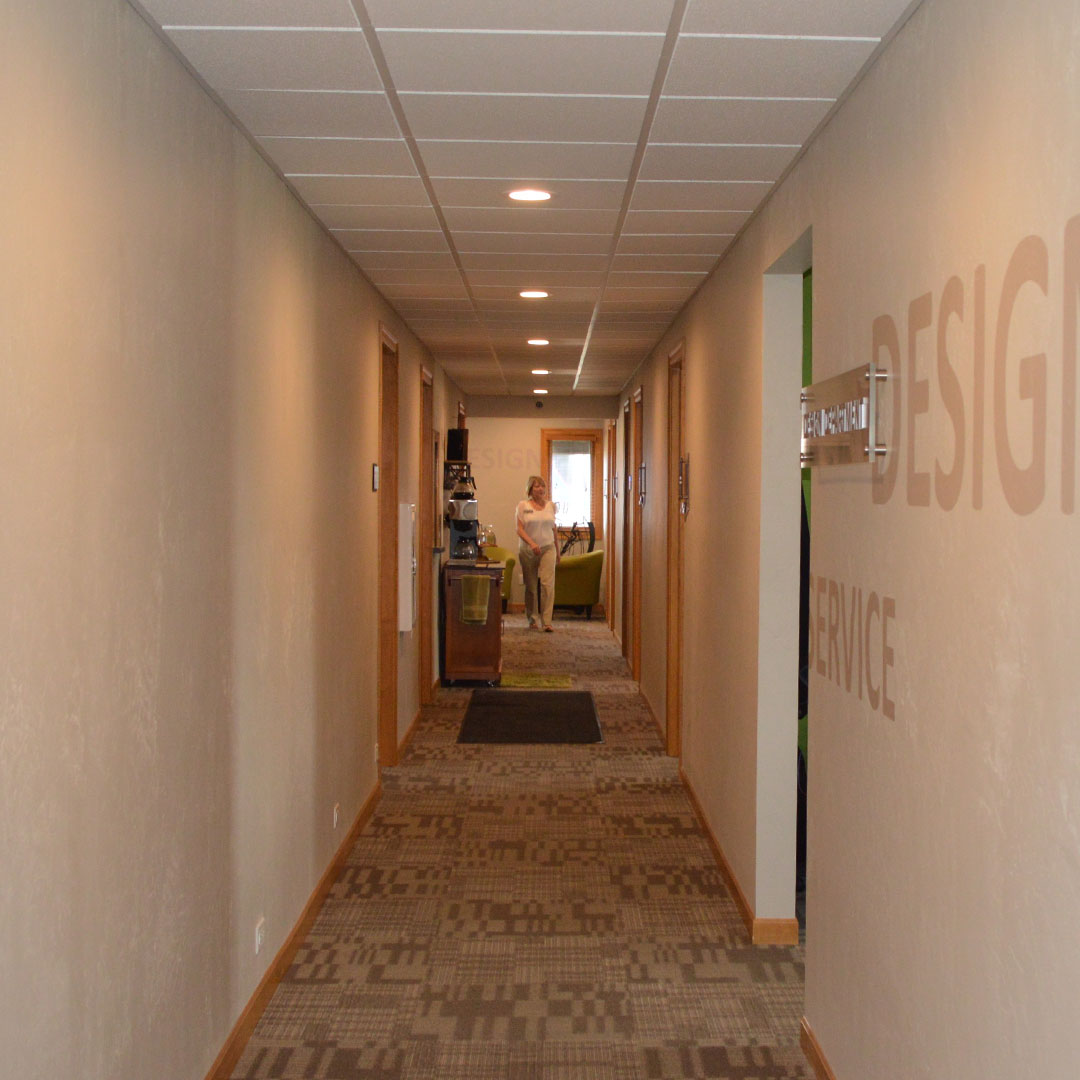 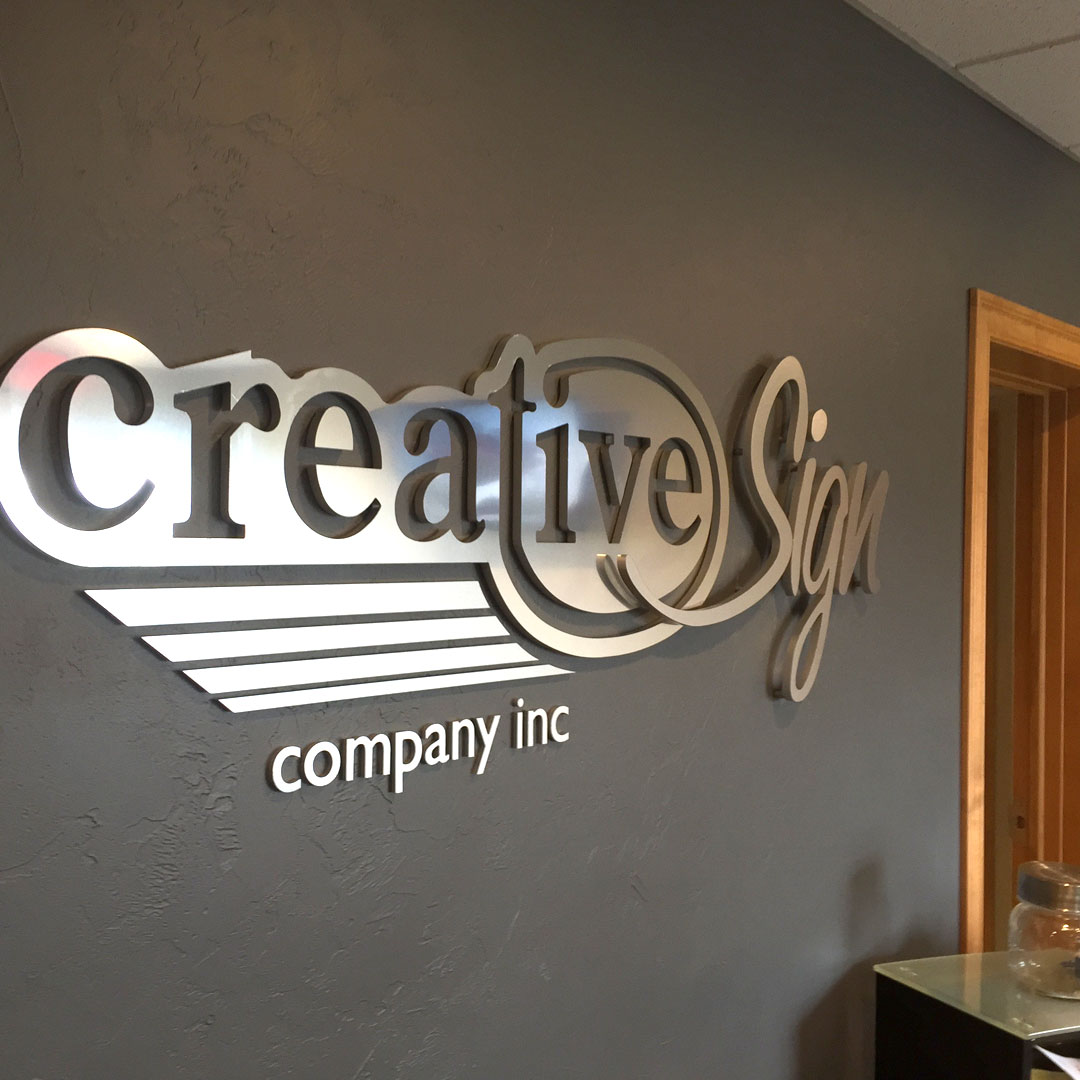 In 2018 the Routers moved to the new Vinyl Application Bay to accommodate the new mixing booth in the Fabrication Department. 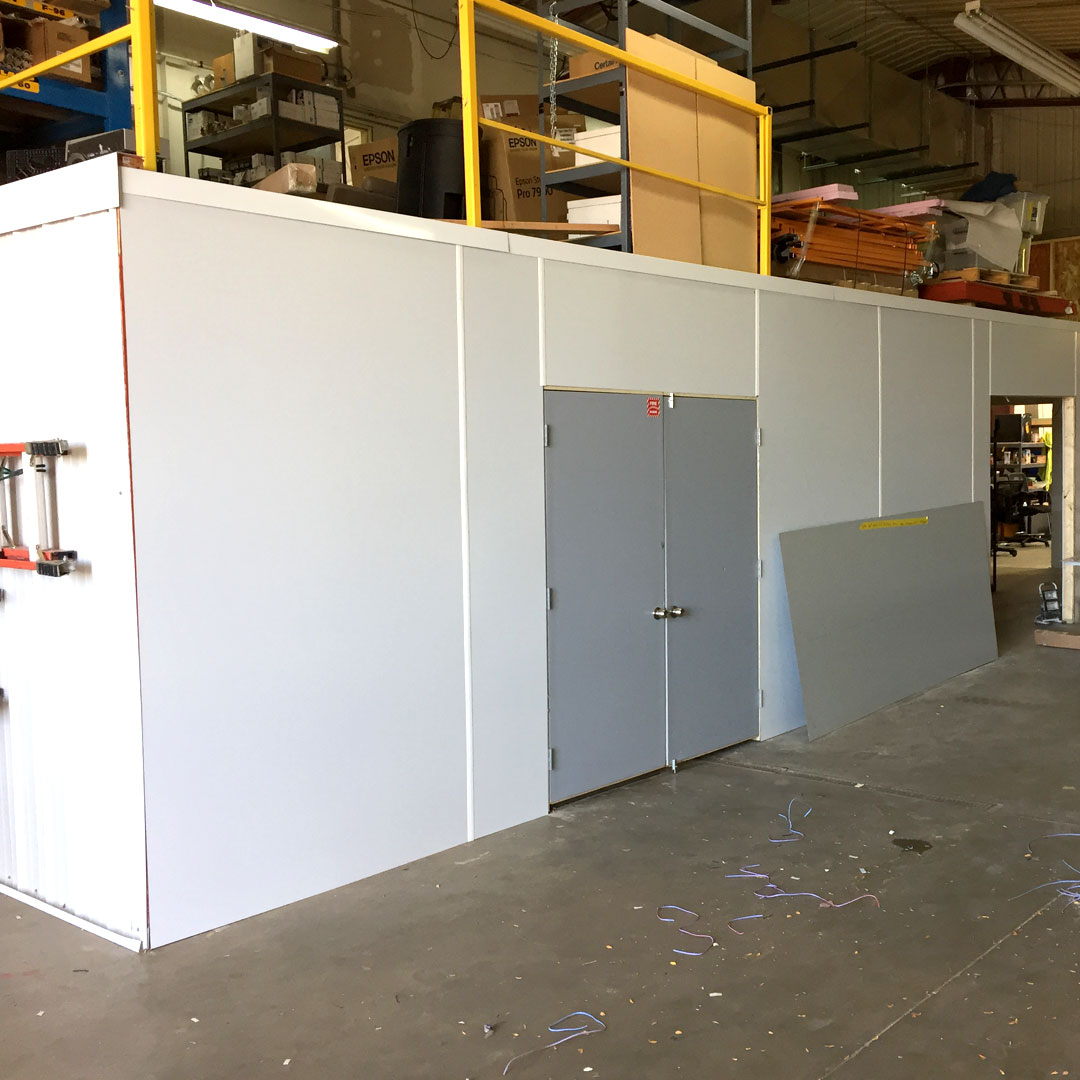 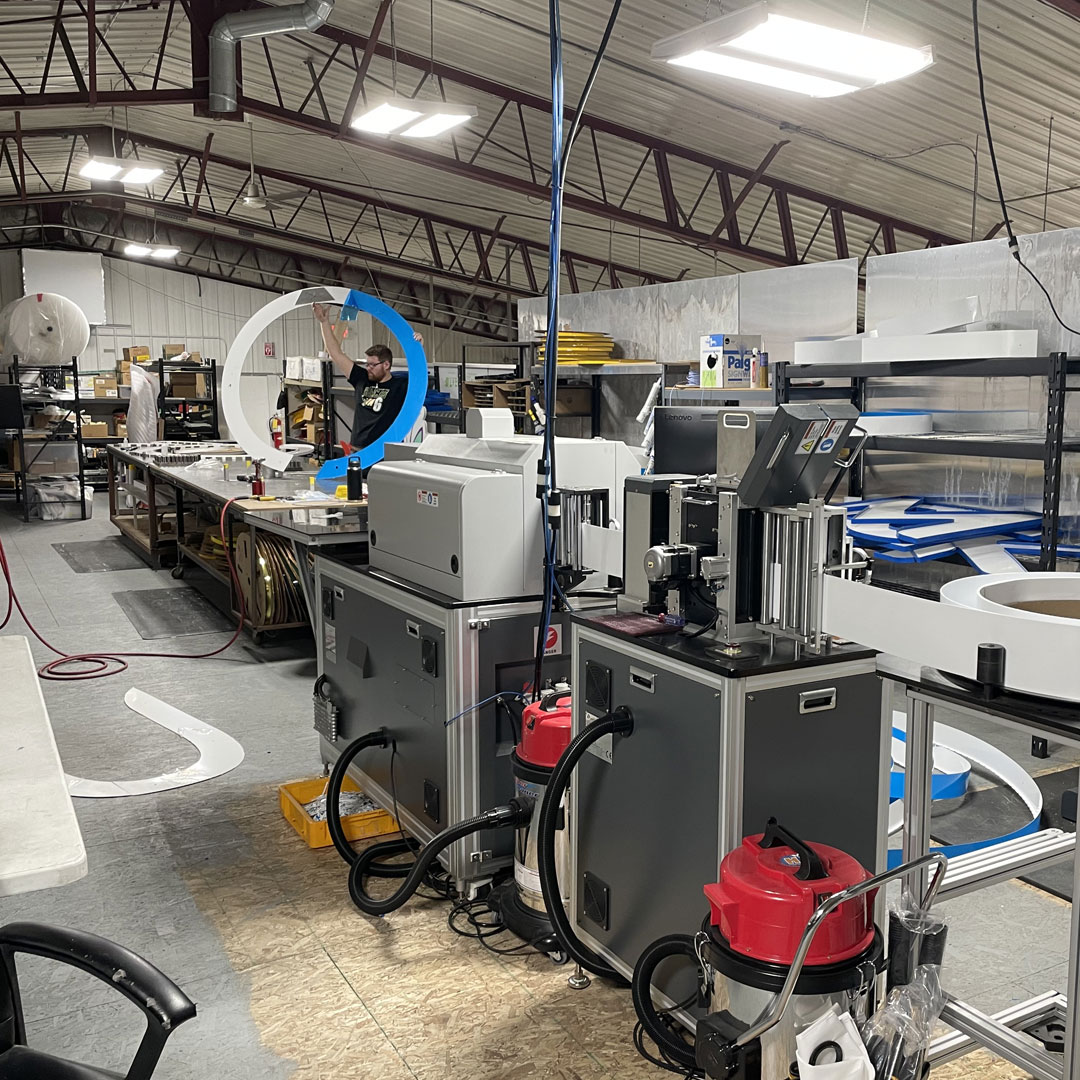 In 2020 we bought an additional paint booth and finally sold our Neon equipment.  As one of the last companies able to produce and service real neon in Wisconsin, we hated to give it up, but it was time.  Our faux neon options were more energy efficient, less fragile, and could be made in just about every color, size, and shape imaginable.  Plus, we really needed the office space.  By 2021 our remodel of the Neon room and second floor office space was complete.  The Design Team moved into the new, larger Design Loft, and the Project Management Team moved into the space previously used for Neon Fabrication.  In homage to the space’s previous life, we hung a couple Neon signs on the West wall.  We also started storing our Install trucks offsite in 2021, so Graphics could use the Vinyl Application Bay full time. ­ 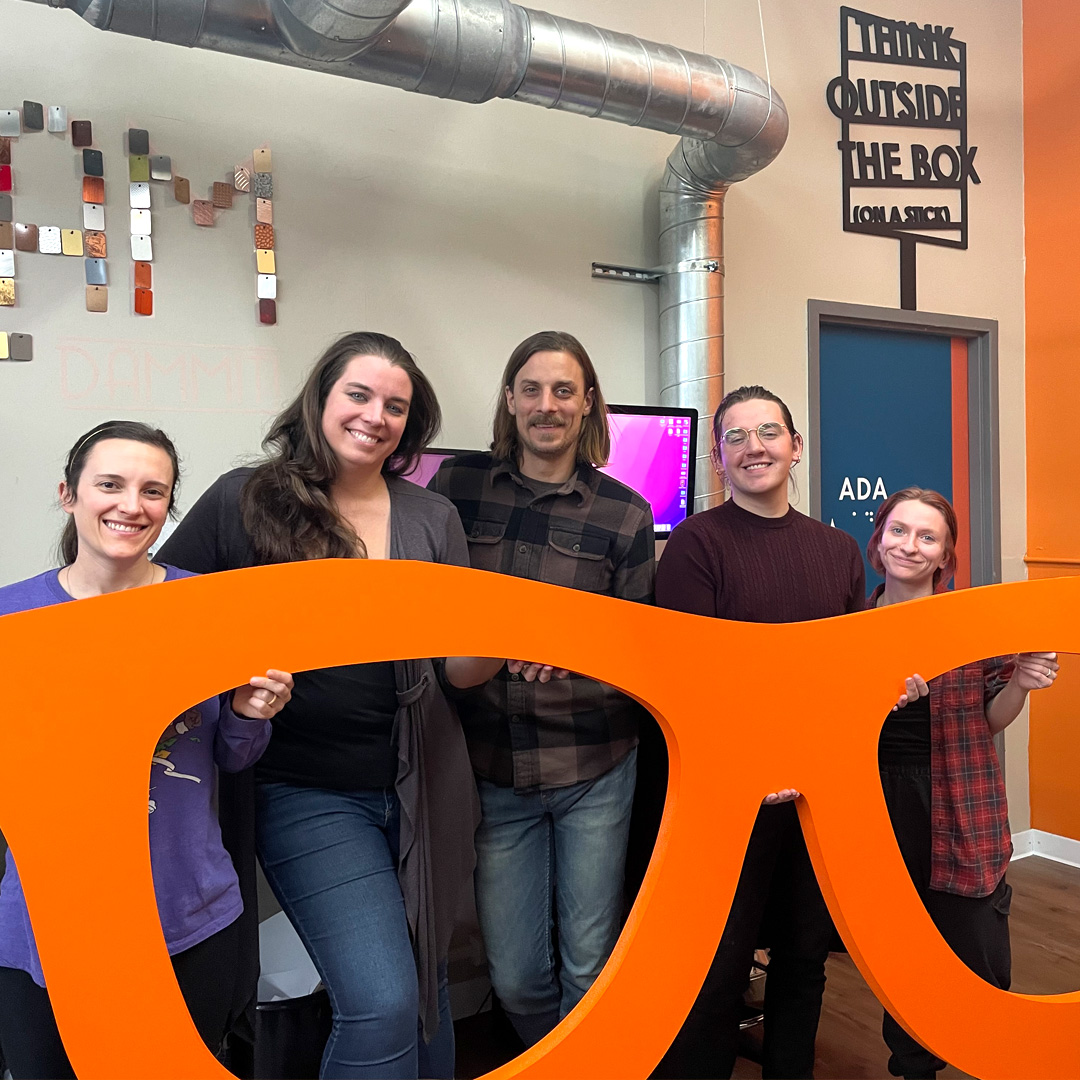 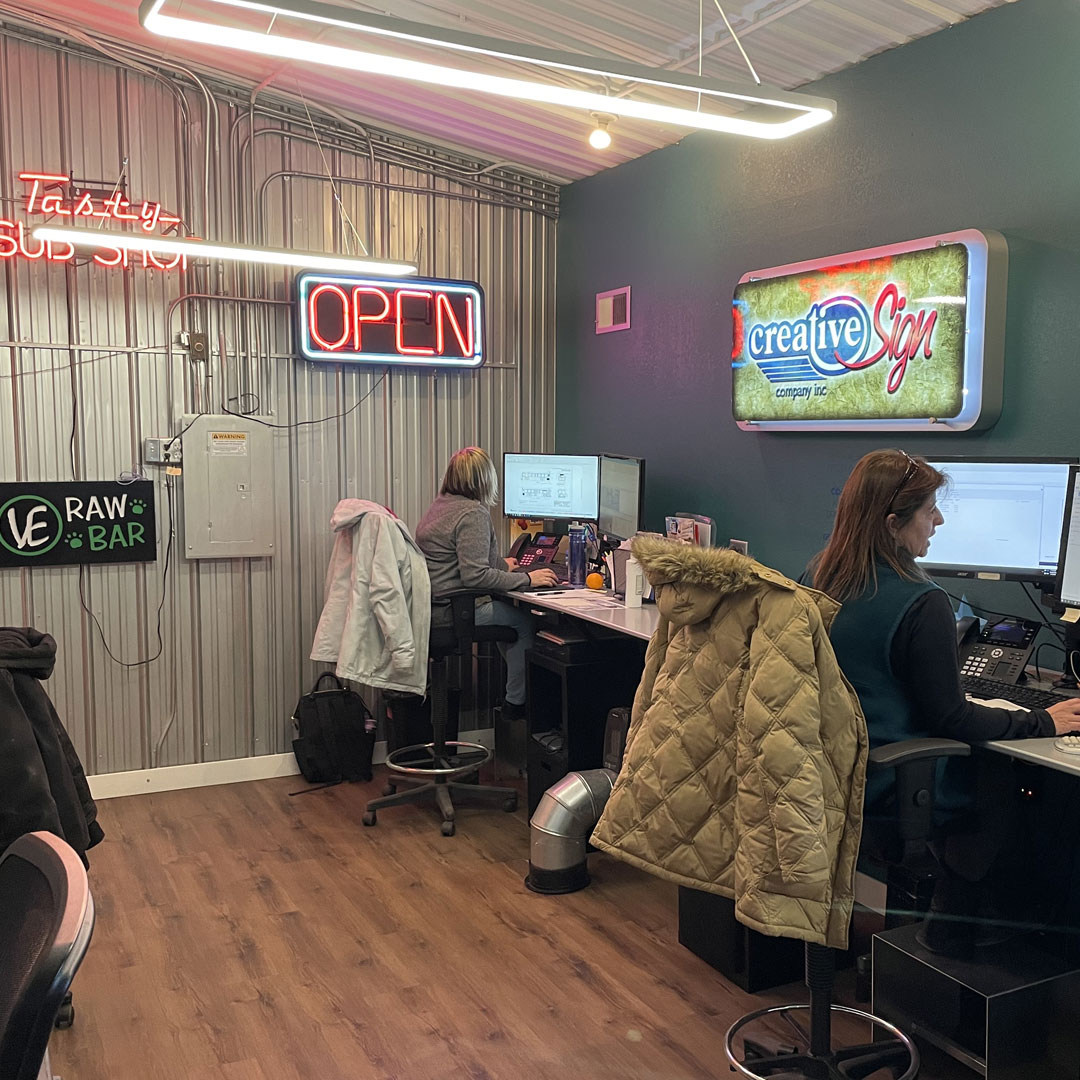 It’s starting to feel like 2015 again.  Each department is thinking about space and how to use it most efficiently.  Our COO Brian likes to say that our growing pains of 2015 was a testament to how well our departments came together as a team to solve problems.  “Just imagine how well operations will run once the renovation is complete,” he’d say in 2015, “if we are working this well when we’re working on top of each other.”